Unbelievable opportunities to avoid customs fees even for China and India

Free trade agreements now make it possible to avoid high trading expenses in the form of customs fees. Not just the manufacturers but also the trading companies stand to benefit from this. However, many companies either spend unnecessary amounts of money on import duties or fail to offer their customers the option of importing their products duty-free. This happens because they are not sufficiently informed regarding the exact requirements for customs exemptions.

The German-Thai Chamber of Commerce (GTCC) recently co-hosted an informative event with the German-Thai legal firm Sanet Legal Dr. Denk & Partner in Bangkok. The event focused on the overlap and connection between customs exemptions, certificate of origin and local content.

Some participants were surprised to learn that even Thai export goods using components from China or India may still be considered as “local or regional value content”.  Even products which are predominantly manufactured outside the country may count as “local content”, as long as the Thai supplier fulfils the official requirements. Another fact not everyone in the industry might be aware of is that you can sell Thai goods to China via a European parent company and still obtain customs exemptions.

Even the profits themselves are classified as “local content”, i.e. local added value. As Thailand offers many investors up to 13 years of tax exemption, this means that high profits help lead to customs exemptions for customers of Thai products – but at the same time, these profits are also not subject to taxation. China, India, Japan, Korea and Australia, among others, are all free trade partners with Thailand at this time.

The legal experts of the German-Thai legal office Sanet Legal Ltd. offer all-day seminars in both English and Thai on managing duty-free exports. These seminars also look at the formalities regarding in-house training as well as some of the leading industrial parks such as the WHA Group (formerly Hemaraj) in the Chonburi-Rayong industrial region. Click here to view the brochure.

Thailand and Vietnam – the top destination for European companies

Survey says: 58% of companies are planing to start-up or expand their operations in Southeast Asia

According to a survey of more than a thousand European companies and influencers in Europe, more than 19% of companies are planning a market entry or even an investment into Thailand within the next five years, while only 9% had absolutely no plans to do so.

Numerous companies already have operations underway in Southeast Asia via sales partners or via their own independent establishment. Of these, 58% plan to up the ante on their investment. Even though most companies will be searching for sales partners, 26% are considering opening their own subsidiary company, with 16% even considering setting up their own production site.

72 % of the companies already active in Thailand listed the country as one of their core market countries, with companies looking to expand mostly having their sights set on Vietnam (56%) and Indonesia (51%).

Such a survey and its results cannot be interpreted as being a static representation of the issue, but it does seem to indicate rather clearly that European interest in Southeast Asian markets has shifted from Singapore, which used to be the first stop for most companies setting up shop in Southeast Asia, to the more industrially wealthy Thailand and the population growth markets of ´both Vietnam and Indonesia. Thailand, with its well-developed infrastructure and high economic potential, will continue to function as a gateway to the region.

After the currently existing train and subway lines have been complemented by the two new train lines currently under construction (projected to be complete in 2022), Thailand will be at number 9 in the world when it comes to its extensive public transportation. 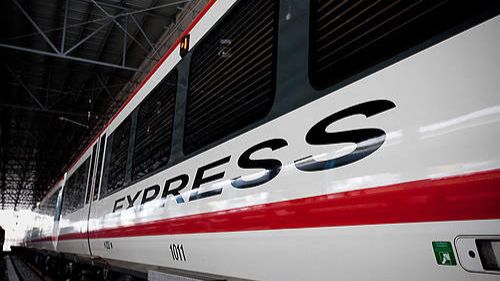 The expansion of the public transit network promises to help relieve the city’s heavy traffic burden. There is also a privately funded inner-city train line in Khon Kaen, one of the metropolises of the otherwise rather rural Northeastern (Isaan) region